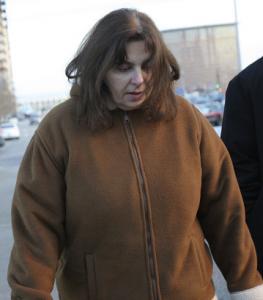 For Heloisa Maria Galvão, president of the non-profit Brazilian Women’s Group, which two years ago founded the housecleaner cooperative Vida Verde, the incident occurred because Henderson trusted the worker she hired and did not want to turn her in for being undocumented.

“Our sympathies go to Ms. Henderson, who is being scapegoated to divert attention from the real problem: the current immigration law does not work and does not reflect this country’s compassion nor its deep-seated belief that the American dream should belong equally to all those who are willing to work hard for it,” she said, in a note signed by the Brazilian Women’s Group.

The Brazilian Immigrant Center estimates that there are 100,000 Brazilians living in Massachusetts. This immigrant community is known for the ability of its men in restaurant kitchens and the thoroughness of its women in housecleaning.

The good humor of Brazilians surfaced after the incident, too. Many said that if the U.S. were to arrest every homeowner who hires a clandestine worker, this nation would see another wave of foreclosures.

But for Marcony Almeida, a policy associate at the Massachusetts Immigrant and Refugee Advocacy Coalition, the case is serious and shows how the American immigration system is broken.

“The arrest of Henderson represents a unique opportunity to show that everyone benefits from immigrants in this country,” Almeida said.

“It proves that our laws need to be updated and that immigrants are not criminals, but workers,” he said.

As the word-of-mouth news spread within the close-knit community, questions about why a Brazilian worker would agree to record conversations with such a loyal boss started to fly.

“We need to know the circumstances that prompted this Brazilian woman to act against her boss,” commented Vanderson Silva, a limo driver in Boston.

During the current economic downturn, when Brazilians are already returning to their homeland because they can’t find jobs in the U.S., the incident was another blow to a community that has been sent further into the shadows of American society.

“The human side of what is going on in this country regarding immigration law and enforcement has not been taken into consideration,” said Galvão. “Moreover, it results in cases like this one, which only highlights the tragedy of a law that does not work, does not protect anyone, and does not deal with the real central issue here.”