Although it’s called the American Dream, the ideas it’s based on are more of a promise than a dream. It is the promise that with responsible citizenship and hard work comes economic security, educational attainment, and personal happiness.

This ethos of personal attainment is something that has made its way throughout our culture, from the early notions of a Horatio Alger “up from nothing” literary narrative, to President Barack Obama’s memoir, “The Audacity of Hope: Thoughts on Reclaiming the American Dream.”  This idea of something that can be earned, fought for, or reclaimed is a basic tenet of American life.

A 2011 Allstate/National Journal poll found that 75 percent of people polled felt that the American Dream was still possible for people like them. However, three years later, with the lack of progress on immigration reform, a perilous economic climate, and uncertainty and instability in housing and education, achieving the American Dream has become even more challenging, especially for immigrants.

The idea that wealth and mobility will continue to increase with each subsequent generation is not necessarily how people define the American Dream today.  A recently released study by American Express found that Americans define success as being less about the idea of material acquisition and passing along wealth, and more about quality of life. Happiness, health, solid personal relationships, and the ability to make a difference in other’s lives were found to be stronger indicators of personal success.

How do these shifting attitudes change the meaning of the American Dream?

As part of an ongoing conversation, Fi2W launched an online poll asking readers to tell us what their American Dream looks like. Survey respondents included immigrants, children of immigrants, and native-born U.S. residents. Countries represented in our survey included South Sudan, Bosnia, Tibet, Ireland, and others.

As earlier surveys showed, our respondents also rejected the idea of a one-size fits all vision of the American Dream, and gravitated instead toward the notion that each individual defines what it means to be American. Sixty-seven percent of survey respondents agreed that they could achieve their American Dream, and these dreams ranged from home ownership to entrepreneurship to community advocacy.

When asked if citizenship was a requirement to achieve the American Dream, 41 percent of respondents answered ‘yes.’ But 29 percent answered ‘no’ or ‘not sure,’ leaving this question one of the more complicated in the survey.

Another respondent from Brooklyn of Guatemalan descent expanded on this idea.

“Certain opportunities are afforded here that may not be present in other countries. However, it’s quite a demonstration of U.S. hubris to propose that it is only ‘here’ that those dreams can come true, especially when so much of our system is broken for those who search most desperately to achieve the ‘dream,’” she says.

Many, however, see the American Dream as a chance to provide for their families or give back to their communities. For these respondents, the idea of an American Dream is as much about creating a sustainable community as it is about personal achievement.

One respondent, a 29-year-old with ties to France, sees her American Dream as being less about wealth and more about creating a way for others to tell their American stories.

As she explains “[I want] to open a youth center where people learn storytelling techniques, camera shooting, sound mixing to make their own impact on their local community or testify on their lives in America today.” Others shared this goal of creating change. As one respondent a, 43-year-old from Chicago noted, achieving her personal goals means, “I can take care of family and have impact in the community.”

It seems the American Dream isn’t so simple anymore. It’s not the shared vision that it perhaps used to be, but rather an individual pursuit in which each decides which version of the dream best suits them. These variations on the American Dream might give some insight into why so many feel that it is achievable—because your dream doesn’t have to be like anyone else’s.

We invite our readers to continue the conversation by taking our “Redefining the American Dream” poll. What does your dream look like? 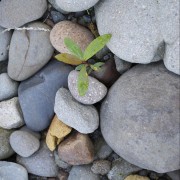 Ashawnta Jackson comes to New York by way of Portland, OR, by way of Connecticut. She is currently a writing student at The New School, and a Fi2W Intern.

Why Are Some of Silicon Valley’s Best and Brightest Spending Time on a Foreign Election?

Podcast: The Road Not Taken – Millions of Immigrants Could Apply for Citizenship, But Haven’t