A virtual figure drawing session hosted by the organizers of “Figure Drawing at the Invisible Dog,” an in-person group in New York City. Photo courtesy of Jeff Burke.

This story came out of  a Feet in 2 Worlds workshop on Arts and Culture Reporting on in Immigrant Communities and Communities of Culture held last year in Boston. It was produced in partnership with WBUR’s The ARTery.

Don Branagan takes great pride in his calendar and his busy schedule. As a full-time art model, he likes to book gigs as early as possible. But when COVID-19 hit, Don’s calendar suddenly dried up.

“Next thing you know, [gigs] were falling like dominos,” Branagan said.

In just a week, Branagan saw all 70 of his scheduled modeling appearances cancelled, which he estimates cost him $5,000 in lost income. Schools and universities across the greater Boston area where he models closed their campuses, as did drawing groups and museums.

Typical figure drawing sessions involve a group of artists observing a nude model who holds different poses for certain amounts of time. These sessions have always been done in-person, with as many as 50 artists gathering in a studio or a classroom.

On March 24, Massachusetts Gov. Charlie Baker issued an emergency order requiring all non-essential businesses to close. As a result, art models have found themselves out of work.

“The art modeling community, I think, is devastated,” said Izebel Vivant, a part-time model from Malden. “A lot of people in the community were, or are, living hand-to-mouth.”

Like many workers these days, models are beginning to look to online solutions. Recently, organizers of figure drawing at the Invisible Dog Art Center in New York City launched Dynamic Figure Drawing Live, a modeling session conducted over Zoom.

Some 100 people attended the sold-out event. Many of them were regulars from the Invisible Dog’s usual drawing group, according to organizer Jeff Burke.

He and his fellow organizers felt compelled to establish Dynamic Figure Drawing as people grew more and more isolated, Burke said. It was also a way to keep art models working and paid during the pandemic.

Yet modeling groups in the Boston area haven’t been as quick to move online.

“I’m worried that the entire creation industry will be even further eroded by the fact that people know that they can get even more access to it from their couches without having to pay a lot,” said Jessica Monk, a part-time model from Boston.

Several models in the Boston area said they were hesitant to turn to online modeling either due to worries about online security or because virtual modeling might become a more permanent fixture in the art modeling community.

“If someone is really hurting for money, I think they should do it,” said Natalia Carbullido, a former art model. “But the caveat should be that it’s a temporary fix, not a permanent one.”

The challenges facing art models during  the coronavirus outbreak are part of the larger struggle of “invisible workers” — gig workers and freelancers who generally receive less attention and aid during emergencies, Vivant said.

However, gig workers and the self-employed, who typically don’t have their income reported on W-2s, have not been able to sign up for unemployment in most states, including Massachusetts. That’s because many states are implementing new federal guidelines on how to provide benefits to self-employed workers. Massachusetts has not provided anything concrete yet.

On March 16, the City of Boston established the Boston Artist Relief Fund, which distributes grants of $500 to $1,000 for artists living in Boston. Art models are included in the grant guidelines.

However, many work part-time and can’t afford to live in the city, Vivant said. Both Vivant and Branagan live outside of Boston and commute into the city for their modeling jobs.

“You have to live in Boston proper (to qualify for benefits) and most of us don’t, because as models it’s just too expensive for us to afford,” said Carbullido.

Carbullido is one of the organizers of the New England Figure Models Emergency Fund, which has raised over $3,000 to assist models in the New England area that have lost a significant portion, if not all, of their income due to COVID-19 restrictions.

“When I’m on the modeling stand, I think the same way a comedian or actor does,” Carbullido said. “There’s a certain energy that is vital and often very beautiful that you’d miss out on.”

“It’s something that gives me more than money, it gives me mental and physical health,” Don Branagan added.

Branagan has been unable to file for unemployment benefits. Despite his bleak economic situation, he remains optimistic. 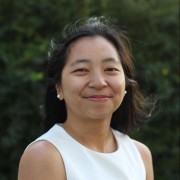 Thuy-An Nguyen is an undergraduate student at Boston University studying journalism and visual arts. She was born and raised in the suburbs outside of Chicago, IL. Her work as a photojournalist has been published in the Cambridge Chronicle and the BU News Service, and she hopes to pursue work in radio journalism or photojournalism in the future.

United by Love, Separated by the Border and the Coronavirus

Uninsured, Unemployed and Undocumented in the Pandemic