In the media frenzy over the Latino vote and the candidates’ recent speeches before the National Association of Latino Elected and Appointed Officials (NALEO), League of United Latin American Citizens (LULAC) and National Council of La Raza, scant attention has been paid to Barack Obama’s increasing levels of outreach to other ethnic groups, notably Asian-Americans.

In June, Obama’s Indonesian-American sister Maya Soetoro-Ng appeared at a fundraiser targeting Asian voters in California, where she described Obama’s youth in Indonesia and Hawaii (a state where 56% of the population is Asian-American) in an effort to highlight his close ties to their community. Earlier, Soetoro-Ng’s Chinese-Canadian husband Konrad Ng told the New York-based Chinese newspaper World Journal that Obama was deeply influenced by Asian cultural values as a result of his upbringing. This appeal to Asian-Americans will likely increase as Soetoro-Ng continues to campaign more aggressively in the fall and as the campaign makes a more deliberate effort to engage ethnic media to reach voters.

The renewed emphasis on Asian Americans is part of Obama’s evolution in branding from a “post-racial” candidate at the start of the election cycle- remember his “swift and unequivocal” dismissal of race in November 2006—to that of a multiracial candidate who embraces his multicultural identity. Soetero-Ng acknowledged in an Associated Press interview that during the primary season,“the idea was to downplay to some degree race and ethnicity.” But the national maelstrom created by Rev. Wright’s comments and the burgeoning importance of Latino voters lessens the possibility of the campaign doing so now.

The evolution of Obama’s branding is reflected in the ethnic media’s changing views of the candidate. Editors were initially wary of Obama, due to unfamiliarity with the political newcomer and the resonance of the Clinton name among immigrant communities. During the primaries in February, Ari Kagan, senior editor of Vecherniy, New York and Sam Guo of Ming Pao Daily News lamented that Obama was not doing enough to seek out and meet with ethnic voters in New York.

Now that the primary season is over and the campaign moves into November-election mode, more ethnic communities seem to be claiming Obama as their own.

Many African immigrants have long been enthusiastic Obama supporters, acknowledging his father’s Kenyan nationality and immigrant experience. Indian Country Today, too, embraced Obama relatively early in the campaign, claiming that his Native ancestry might make him appealing to Native American voters. The paper cited his autobiography, Dreams from My Father, where he links his maternal family history to Native ancestors, and describes his “struggle to come to terms with his identity, a story that is familiar to many American Indians of multi-racial heritage living in two worlds.”

More recently, an Asian Journal article quotes supporter Danny Lamila on Obama’s perceived ties to the Filipino community: “He was surrounded by the Filipino customs and our tradition when he was living in Hawaii, not many people realized that. He could only help us and our cause.”

In a Feet in Two Worlds blog post, Aswini Anburajan wrote of the Indian media’s excitement over Obama’s Hanuman (Hindu monkey god) charm, which they saw as an indication of his acceptance or at least support of their religion and culture.

The New York based Bangladeshi newspaper Bangla Patrika, on the other hand, saw Obama’s nomination as an opportunity for Muslims: “We believe Obama’s victory also opened a door of possibilities for expatriate Bangladeshis. Obama is not only black but his father was an African Muslim.” But to clarify that community’s support of Obama is not based on race alone, the writer adds, “Whether white or black, this was not the criteria that won him the nomination, but rather his qualifications…We can only hope that one day such objectivity, quality and experience may bring a Bangladeshi to this great position.”

While enthusiasm appears to be growing for Obama among ethnic and immigrant communities (last week’s Gallup poll found McCain trailing Obama among Latinos by roughly 30 points), the campaign may face some challenges translating this support into actual votes. The New Americans Exit Poll Project found immigrant voters in the 2006 gubernatorial election in New York were slightly more likely to be registered Republicans than native-born voters (14% compared to 11% of native-born voters), and slightly less likely to vote for the Democratic candidate.

Asian Americans, in particular, are not an easily defined voting bloc (their ranks include Chinese, Indian, and Filipino voters); but garnering their support could pay off in states such as Virginia and Nevada, crucial to victory this election year. According to APIA Vote , the margin of victory in Virginia’s 2006 Senate race was only 7,231 votes. The state has 162,679 Asian American voters who could help tilt the balance. The same goes for Nevada where 22,000 votes won the state for Bush in 2004. There are potentially 82,527 Asian American voters in the state, mostly in the Las Vegas area.

In a tight election, as this year’s is predicted to be, small communities that have embraced Obama as their own, could be the tipping point for victory. 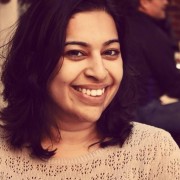