In a (Barely) Blue County in a Red State, Anxiety and Disbelief

Ankita Patel’s eyes were glued to her laptop screen on election night as she watched the results come in on YouTube. “This isn’t looking good,” Patel remembers thinking as state after state turned red for Donald Trump.

Patel, of Valrico in Hillsborough County, Florida, had voted for Hillary Clinton. Which is why on Nov. 8, the 29-year-old grew concerned. She exchanged text messages with her friends and checked Twitter to see what others were saying. “I didn’t eat,” she recalled on a recent Thursday afternoon as she sat on a bench outside her job in Tampa. “I could not sleep… I was a ball of nerves.”

Born in London to Indian parents, Patel became a naturalized U.S. citizen in 2009.  She is coming to terms with the reality of the election’s outcome.  “It was like a full week process of just taking it in,” said Patel. “I was honestly anxious for days.”

Hillsborough County, which includes the city of Tampa, is one of only nine Florida counties (the state has 67 counties) where Hillary Clinton won a majority of the vote, with a razor-thin margin of 51.5 percent.  Patel is among those bracing themselves for the next four years and questioning what a Trump presidency will look like.

At first, Patel said she couldn’t understand why she was so anxiety-ridden.

“I’m a naturalized citizen. I’m a girl who is educated. I have a job,” she said, her eyes wide behind tortoise shell glasses. “My family’s well off enough to where I have a support system.”

Patel’s thoughts then turned to those she says would be severely affected by a Trump presidency – the LGBTQ community and immigrants who have not yet achieved U.S. citizenship.

“Regardless of whether you’re a citizen of this country or not, you participate in it. You don’t have to have a paper to participate in this country’s policies or communities,” Patel said, adding that she has family members and friends who are not citizens. “There’s a lot of people … that are just here temporarily for work or they haven’t gotten their immigration status yet and they still are active. They’re still contributing.”

Zuleika Grant, also 29, said the election results shocked her. Born in Roatán, Honduras, Grant moved to Florida with her family when she was 9 years old and later became a citizen.

She says she thought she was dreaming when her boyfriend broke the news of Trump’s victory to her on election night.

“You don’t even have to be an immigrant to empathize with people. We’re humans, so when I first heard the Muslim bashing and then the [comments about] Mexicans and ‘they’re building a wall,’  you, as an immigrant, of course you’re going to think, ‘Well, is that how people – and especially people who follow him – is that how they view me… my family?” Grant said. “We’re not from here. We’re U.S. citizens now, but we did come … from somewhere else trying to make a living, trying to educate ourselves.”

Kamal Essaheb, director of policy and advocacy for the National Immigrant Law Center, said on a press call organized by New America Media and Ready California shortly after the election that there’s no doubt the U.S. is entering a challenging period.

“We just don’t know specifically what he [Trump] will do on immigration and on other issues. As folks know, he’s thrown out a lot of ideas and it’s not clear that many of them are either practically feasible or politically feasible, and it’s not clear that, even within those ideas that are feasible, which ones he’ll prioritize,” he said. “There are some Republicans who are already out there saying, ‘No, no, no, when he talks about immigrants, he’s not talking about going door-to-door to pick people up.’ But he needs to say that, because obviously there is a lot of anxiety in certain communities.”

Grant acknowledges that since the election she finds herself looking at people and wondering to herself who they voted for.

“And then you start thinking, ‘Well, I wonder what they think of me?’” she said. “Prior to Trump, you wouldn’t just jump on those… I just wouldn’t do that.”

Most of Grant’s family members were born in Honduras.

“I think they pretty much share the same sentiments. They are worried for the future, when we want to bring more of our family here,” she said. “What blockades are going to be put in place? We’re not sure.”

Grant said she’s also worried about her boyfriend, who is from Haiti and is not a U.S. citizen.

“He’s already been working towards it, but it’s scary,” she admitted.

Urpi Rodas Vásquez, 27, has been in the United States for a little over a year and considers her life here much more peaceful than in her native Peru. The traffic is smoother here, and she feels safer. She and her husband are pursuing master’s degrees in electrical engineering at the University of South Florida through student visas, with a dream of staying a few years to gain more work experience.

“Although I’m a newcomer here and I’m … a temporary visitor, I really like this country,” she said.  “I feel that I could better myself a lot here and can find a good job that can give me the experience I need. So in one way or another, I care about this country’s well-being too.”

“I don’t really agree with the fact that he won,” Rodas Vásquez added,  “but we must accept what we have and hope for the best for this country.” 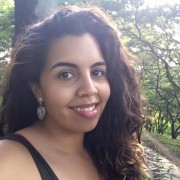 Amaris Castillo is a reporter for The Lowell Sun in Lowell, Massachusetts. Her work has been featured in the Bradenton Herald, Tampa Bay Times, Fusion, Latina Magazine, the Huffington Post, Vivala, and La Galería Magazine. She is also the creator of Bodega Stories, a multimedia project featuring human stories from convenience stores known in NYC as bodegas.

Podcast: Between Fear and Hope - Young Immigrants in Post-Election America

Uncertainty Sets In for an Immigration Lawyer and her Clients