Arden takes one last look in her hall mirror as she smooths out the fly away hairs on her shoulder-length bob and gives her wig one final tug before she walks out the door. Many black women share a similar routine.

These women are not headed to a nightclub, a video shoot, nor are most of them cancer patients dealing with the traumatic side effects of Chemotherapy. It’s Monday morning – Clara and her counterparts are headed to work in corporate America.

Black women say they continue to struggle when it comes to having natural hairstyles accepted in the corporate workplace.

Listen to a Fi2W podcast on the evolving hairstyles of black immigrant women:

Arden, a 30-something technology manager at a telecommunications company based in Atlanta, GA, says that she has been natural—not processing her hair to make it straight—for five years. But at work, she dons a wig to give the illusion that she has straight hair. Arden says that she wore her hair in its natural state to work only once.

“I work with a lot of white men. They work better with what they perceive as attractive. When they think you are attractive, you are met with less resistance. It’s not right, but it’s the way it is,” Arden says.

Accompanying the rise in sales are numerous YouTube videos, hair care blogs and forums dedicated to the style and maintenance of natural hair types.

Even so straight, long, and often light colored hair sets the standard for beauty and success. That’s easy to see by looking at successful black actresses, TV personalities and singers from Beyoncé to Vanessa Williams.  And so black women who prefer a natural hairstyle can face difficult choices.

Vicky, a 30-something human resources professional of Nigerian descent has been texturizing her hair (a process that mildly straightens hair while maintaining some of the natural texture) since her late 20s. Vicky says that she changed her hairstyle to “try something new” and because her personal style was evolving.

Vicky explains that signs of institutional racism are subtler in the workplace and usually come in the form of jokes, comments, or even accusing an employee of violating a loose dress code that is left open to interpretation. For example, a black woman that wears her natural hair in an Afro hairstyle might be considered unkempt and unprofessional, as illustrated by the case of Rhonda Lee.

Lee, an on-air meteorologist, was dismissed from her position at an ABC affiliate in Shreveport, LA in 2012 when she responded on the station’s Facebook site to a viewer who criticized her natural hair style. Lee said she was very proud of her African-American ancestry and offered the following explanation:

“For your edification: traditionally our hair doesn’t grow downward. It grows upward. Many black women use strong straightening agents in order to achieve a more European grade of hair and that is their choice. However in my case I don’t find it necessary. I’m very proud of who I am and the standard of beauty I display. “

“It’s more of a ‘tan’ factor than an attractive factor,” said 32-year-old Clara of her decision to wear a wig to work. Clara, a Financial Analyst at a major defense contractor in the Washington D.C area, has never processed her hair, but reports that she wears wigs because of her active lifestyle more than because of how she feels that she will be perceived at work. “I’d get looks, but I don’t think it would change how they perceive my skills or abilities.” Clara points out that attractiveness is not a factor for black women at her company, “ Tan does not equate to attractive here, period.”

Sarah Francois Canarsle adds to this idea in the AM New York Train of Thought section (9/11/2103): “Instead of a ‘white’s only’ sign, we ban attire that is mostly seen on blacks. We remain separate and unequal and face unique challenges.”

“Hair puts a message out. You have to know your environment, what’s acceptable, and the company culture,” sums up Carly, a consultant and executive coach at a major human resources consulting firm in New York City. The struggle to find an acceptable hairstyle leaves many ethnic women, wondering if they will ever be fully accepted in the workplace. 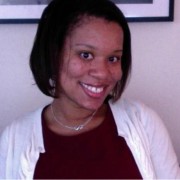 How Immigration Reform Could Address Violence Against Immigrant Women