The Senegalese street vendors who once crowded 125th Street in Manhattan can no longer be found on the main thoroughfare. But along a nearby commercial strip, in the heart of what is now known as Little Senegal, West African restaurants have moved in. Restaurants such as Les Ambassades and African Kine serve loyal African patrons, as well as a diverse clientele from across the city.

Listen to our Fi2W podcast about the growth of West African cuisine in Brooklyn’s Bed Stuy neighborhood.

“Food is where everything starts,” said Akin Akinsaya, a thirty-something banker and entrepreneur who came to New York from Nigeria twenty years ago, “it is an expression of the people’s culture in so many ways.”

This year, Akinsanya decided to launch the city’s first New York African Restaurant Week, a “Food, Wine, Music, Dance, Networking” series scheduled for October 13 – 20 that seeks to raise the profile of African cuisine and culture in the city. A culinary festival was chosen, he said, because he had worked with some of New York’s most renowned chefs and caterers, and felt that the theme of food would resonate in a city as diverse as New York.

During the week, diners can take advantage of special, discounted prix fix menus at eight participating restaurants. Because many New Yorkers are unfamiliar with African food, the promoters also promise a schedule of networking events complete with celebrity African DJ’s, book readings, wine and food tastings and dance performances.

Akinsanya’s company, Panla, started as an online African supermarket and began to incorporate catering events. Today, the company continues to “do anything related to Africa,” he explained.

“How do we make our food? It’s part of the logical narrative of culture, community. That’s why I’m really excited about pushing our food, culinary arts,” said Akinsanya.

Papa Diagne, who opened Joloff in the mid 1990’s, specializes in traditional West African food. He says that Senegalese dishes, such as Tiebuu Jeun, a rich but delicately seasoned fish and rice dish, are enjoyed by African and non-African customers alike.

But in deference to American tastes Diagne has modified many of his recipes. The standard ingredients that he leaves out of his cooking, such as dried fish, and his restraint with the use of hot peppers and cooking oil, are part of his evolution as a chef and are also reminiscent of the transformation other immigrant cuisines – such as Chinese, Indian, and Mexican – have undergone the United States. Diagne also offers vegetarian dishes on his menu, which are not typical, along with more traditional items with meat and fish.

“There are a lot of people pushing that envelope, making that transition from the way things are traditionally cooked to the way it should be presented, but still managing to keep the authenticity love and care that they put into it,” Akinsanya noted.

Thiam’s work is deeply motivated by his African heritage. He makes frequent trips to Senegal and has documented Senegalese rural cooking in a book, Yolele! Recipes From the Heart of Senegal, which was published in 2009.

“In our community…you see the symbolic of how we eat; we always eat together…the circle, the family, the friends,” said Thiam. “There is so much energy that’s involved with that moment.”

Raised in Dakar, Thiam developed an interest in the culinary arts as a youth, but studied physics and chemistry. In the late 1980s, he moved to New York where he worked his way up in the restaurant business. He now runs his own catering kitchen in Harlem and serves as a consulting chef to a number of restaurants.

“The African culinary presence is everywhere in the Diaspora,” said Thiam.

“[In] African cuisine, just like culture all over the world, there is a place where cultures intertwine and intersect and different things happen at the point where they intersect,” Akinsaya adds.

As African Restaurant week approaches, the Wall Street banker cannot contain his excitement. There is an intensity in his voice when he describes the upcoming events; he seems just as passionate about food and promoting Pan-African culture as the chefs themselves.

As to the changes in West African cooking, Akinsaya sees them as part of a natural evolution.

“It is African food, but we’ve brought it to a level where it could be compared to any kind of cuisine in the world,” says Akinsaya.

“I’m excited about having different chefs show their crafts and showcase their experience,” he said. 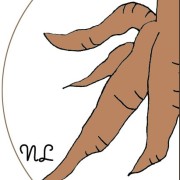 Nyasha Laing is a New York-based lawyer, writer and producer interested in stories that lie at the intersection of culture and civil rights. She is also an Adjunct Professor at John Jay College.

How Immigration Reform Could Address Violence Against Immigrant Women