After three periods of heart-wrenching, nail-biting hockey, Washington Capitals player Joel Ward shot the series-winning goal against the Boston Bruins and resuscitated me from my own sudden-death overtime. I grabbed my phone to start the tele-celebrations with my brother in Kenya and my dad in Malaysia. For my family, hockey is rooted in our days in Canada, but we take it wherever we go.

In 1969, my dad became the first in his family to immigrate to Toronto. He quickly became an enthusiastic fan of a national sport that previously he had only seen played on grass in Pakistan. The hockey bug passed from one sibling to another as they each arrived and settled in Canada, and it stuck with our family as we all made the migration south to the United States.

For half a year, especially during the Stanley Cup finals, our lives revolved around hockey. Wayne Gretzky, hockey’s greatest athlete who became a symbol of U.S.-Canada relations, became reason enough for my parents to upgrade to ESPN, and hockey night disrupted our usually disciplined family routine. It was the only time the TV was allowed to replace the dinner table, it competed with our prayer time, and it taught me how to speed-read during each twenty-minute intermission.

Our connection to hockey reflects the somewhat clichéd narrative of immigrants and hockey that is pervasive in Canada. The logic is simple: Canada and hockey are synonymous. If you love hockey, Canada loves you.

After Game 7 of the NHL playoffs this year, I now wonder if I had it all wrong.

Within minutes of scoring what was arguably the most important goal of his career, Joel Ward’s journey to cloud nine was derailed by racist Tweets from disgruntled Boston Bruins fans. Ward is a Canadian whose parents are from Barbados. Hundreds used the ‘N-word’, likened Ward to a monkey, and denigrated him because he is black. One tweeter makes no bones about his issue, “Joel Ward doe. yet again, slowly taking over everything the white man holds near and dear.”

If a talented black professional hockey player is not welcome, then what about a brown-skinned fan? From the visceral experience of attending a game with 30,000 other people to tailgating traditions, fans make a sport. The athletes are the heart, but the fans are the vessels that pump the blood. They maintain the cultural boundaries of a sport, and fans with xenophobic tendencies are saying brown people don’t belong in the stands.

Only a small handful of the millions of Bruins fans acted wrongfully, but the event forced me to reflect on the immigrant/sports myth I blissfully and passively follow. I believed things had incrementally progressed, just as they had in the 1950’s when great black athletes like the Celtics’ Bill Russell and the Bruins’ Willie O’Ree, the first black NHL player, paved the way for black and other minority athletes to follow.

The racist fervor is hard to digest, but Ward himself doesn’t think its part of a larger problem.  “Growing up, at a few minor tournaments, you catch a few kids saying things,” Ward told USA Today.  “But at that age, I didn’t even know what the terminology meant. But [at the NHL level] I’ve never heard anything. I know other guys have, I believe, but I’ve had nothing directed to me like that.”

Ward does not deny that xenophobia exists, but his reaction makes me wonder if many immigrants and their children dupe themselves with gross generalizations and simple equations on race, culture, and belonging. Because, the hard truth is, racism exists and we should not be complacent about it. The answer is not to malign or applaud an entire sport or its fans because the truth lies somewhere in between.

For my family, hockey was a reference point. After moving away from the tropical weather of South Asia to the Arctic winters of North America, hockey became a way to remembering  their “firsts.” Their first game with new friends, their first real love of a sport after cricket, and their first foray into a totally new society. For members of my grandmother’s mosque in Calgary, hockey was linked to their identity as a successful, assimilated immigrant community.  During the Stanley Cup finals, they set up a projector and TV just outside the prayer hall, so people could follow their national pastime while preserving the faith they brought with them from abroad.

Growing up in the Washington, D.C. area I bought into the sport/immigrant narrative. After all, doesn’t TV tell us that basketball, baseball, and football are the greatest social equalizers? You can be white, black, or more recently, Asian (à la Jeremy Lin), and still be a bona fide American hero. The silver-bullet approach to social status partially drove my pursuit of basketball in high school, which gave me a sense of belonging both on and off the court. I prided myself on getting “street cred” by breaking into the ubiquitous North American athletic culture.

To me, the Joel Ward episode is a reminder that there is no sure-fire prescription for immigrants, minorities, or anyone else to gain absolute acceptance, whether it is in a new sport or a new country. Belonging does not come to you, you assume it at every move and hope the rest follows. Apparently, I should have taken a page out of hockey, which understood this from the very beginning. As former Edmonton Oilers, then Pittsburgh Penguins, player Paul Coffey said, “Hockey’s a funny game. You have to prove yourself every shift, every game. It’s not up to anybody else. You have to take pride in yourself.” 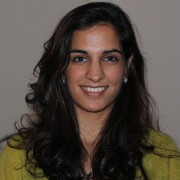