Luisa Palacios, a working mother of two, is part of a growing trend of parents who hire bilingual nannies. Her goal is not only to raise bilingual children but to raise children who are bicultural as well. Palacios insists on hiring only Latin American women as nannies to reinforce her children’s Latino heritage.

She isn’t alone in searching for ways to reinforce her children’s cultural background. According to the New York Times, there has been a growing trend among New York parents to hire bilingual nannies, both American parents and those with diverse ethnic backgrounds. And bilingual learning continues to be a concern for many parents who seek out challenges and tips for raising bilingual children.  It’s a particular concern for many first-generation immigrant parents like Palacios, who was born in Caracas, Venezuela.

In her view, her nanny plays an integral role in conveying  to her children what it means to be Latin American. “They’re being raised American, or, at least, they’re being raised in the U.S.  So my only chance for them to have some kind of Latin roots is in my house, if I provide it at home,” Palacios said. “My husband is not Latin American so I actually share more of that responsibility with the nanny.”

Palacios lives in Hoboken, NJ with her husband, 9-year-old son, and 15-month-old daughter, and works full-time for an independent research firm in lower Manhattan. After trying out various daycare options, she realized that the best kind of childcare for her was to have a nanny who could work flexible hours. Over the years, she’s figured out the ideal mix of nanny characteristics, top among them is being a fluent Spanish-speaker.

The second requirement is that the nanny be a mother herself. The younger nannies she hired lacked experienced.

“When you’re a mom,” said Palacios, “you understand that you want your kids raised a certain way.”

It wasn’t until recently, when her nanny of two years fell ill and could no longer continue working, that Palacios realized how important the third criteria was for her: that the person caring for her children be born and raised in Latin America.

Raquel Alegría, an immigrant from Peru and Palacios’s nanny for six years, says it makes things simpler for her if the family she works for shares her language and culture. For Alegría, the language barrier can be the scariest part of a nanny job. While she has been working in childcare for most of her life, when she arrived in the U.S. ten years ago she worried that, by not speaking English well enough, she would fail at her job. She was relieved to find a nanny position where she could speak Spanish instead, though she insists that improving her English is still a priority.

Although she can now communicate more effectively in English, Alegría still finds that parents want her to speak Spanish with their children, whether they are U.S. or foreign-born. She says that most of her friends who work as nannies have the same experience.

“You have no idea, they all want you to speak in Spanish with their children. I even knew a family whose children outgrew the Spanish-speaking nanny and then searched for a bilingual school to put them in so they wouldn’t lose their Spanish,” said Alegría.

While she and her husband prepare dinner together speaking a mix of English and Spanish (both speak both languages fluently), the energetic Matteo can be found running circles around the kitchen, occasionally stopping to ask questions in English about astronomy, chemistry, or history—whatever the subject of his current book— and then turning to entertain baby Vanessa in Spanish, “the only language she understands.” Palacios speaks to her children only in Spanish and her husband speaks to them mostly in English. She dreams of moving her family to Venezuela, if only for a couple of years, so that her children can have a real Latin American experience.

For now, Palacios maintains strong relationships with her Latin American nannies, treating them as part of her family. She thinks of this as a small community of Latin American people for her children to grow up around. Nevertheless, she has already begun to worry about what will happen when her children are too old to have a nanny and the sole responsibility of keeping them connected to their roots falls on her alone. 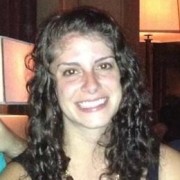 María Teresa Alzuru was born in Caracas, Venezuela and grew up in the southern United States. She received her B.A. in Political Science from Columbia University and is currently pursuing an M.A. in International Affairs with a concentration in Media and Culture from The New School in New York.

Who is Working on Labor Day? 'I Am' say Immigrant Workers in NYC

Education Challenges Ahead for Many Immigrant Youth