Two and half years ago, just before the uprising in Syria broke out, the Syrian government invited 70 Jewish people from the New York area to visit Syria and Lebanon. Everyone in the group, including rabbis and community leaders, was either born in Syria or has Syrian origins. Then the war started and the government postponed the trip. It was never rescheduled.

“Yes, we had personal friendships with government officials from Syria,” said the Lebanon-born Rabbi Elie Abadie at his synagogue on Manhattan’s Upper East Side. “As Jews from Syria we were invited by the Syrian government with open arms.”

According to a recent demographic study by the UJA-Federation of New York there are some twelve thousand Syrian Jewish households in New York. About half are in Brooklyn, especially concentrated in Flatbush and Bensonhurst/Kings Bay, with smaller clusters on Manhattan’s Upper East Side and the north shore of Nassau County. Syrian Jews are defined in this study as those who were born in Syria, Egypt, or Lebanon, or those who reported ancestry from those locations or ‘other Asia’.

Syrian Jews began arriving in New York in the early 1900s. At first they settled on Manhattan’s Lower East Side along with other Jewish immigrants. But relations with Jewish immigrants from Eastern Europe in the neighborhood were strained. In the early 1920s the Syrian Jews began relocating to Bensonhurst. The group evolved into a community centered in Brooklyn with a branch in Deal, New Jersey. Most trace their ancestral roots to the Syrian capital of Damascus or to Aleppo, long recognized as the center of Jewish life in the Middle East.

After another wave of immigration of over 3,700 Syrian Jews who arrived in New York between 1992 and 1994, the community is reestablishing itself in Manhattan. Ten years ago, the Edmond J. Safra Synagogue, where Rabbi Abadie is based, was opened. A school for the community was started in 2011. The synagogue was named for a Sephardic Jewish businessman who built a banking fortune in Brazil. His brother Moise Safra is the benefactor of a new community center being built on the Upper East Side.

“As Moise Safra and his children saw that the Sephardic Jewish community is growing here in Manhattan, especially on the Upper East Side, they got together and decided to make a community center. It is something that is really needed,” said Rebecca Harary, executive director of the community center. Harary, who was hired for the project a year and a half ago, says that the property is worth is about $25 million and at least another $25 to $30 million is needed to build the community center that will include a wellness center, swimming pool, kosher café, synagogue and other facilities.

According to Rabbi Abadie, the migration back to Manhattan started in the 1980s involving just a few families. It wasn’t until 2003, he said, that the community started to grow exponentially. That’s when Abadie and his partners opened the synagogue for the first Shabbat service and welcomed 36 people. Today, a few hundred people attend services. “In a sense living in Manhattan gives the opportunity to the people here to hear and be heard, to see and be seen, to participate in the national dialogue and also to contribute to the general Jewish population and the general American society,” he said.

But the community’s involvement and influence goes beyond the U.S. An organization called The Jews of Lebanon was founded by Jews and non-Jewish Lebanese who want to reawaken and revitalize Jewish life and culture in Lebanon. Rabbi Abadie estimates that Lebanon’s Jewish community numbers about 50 people, and efforts are underway to renovate the main synagogue in Beirut.

Efforts in Syria were even more comprehensive, but that was before the start of the civil war. On January 2011, it was reported that President Bashar Al-Assad had agreed to the restoration of his country’s synagogues and Jewish cemeteries, especially those in Damascus and Aleppo. His promise was made during a visit to Syria by Malcolm Hoenlein, the executive vice chairman of the Conference of Presidents of Major American Jewish Organizations. The organizer of the meeting was Joey Allaham, a Syrian Jewish businessman who moved to New York in the latest immigration wave.

But with the ongoing fighting, not only have restoration efforts stalled, but there have been several reports about Jewish historical sites that have been destroyed. “In Syria it’s pretty complicated,” said Rabbi Abadie. “We have to make sure that cemeteries, the synagogues and all communal Jewish property will be preserved”.

Those efforts are not being undertaken with the intention of Jews returning to the Middle East, but to ensure the Jewish legacy in those countries is not forgotten. David Dweck is one of the trustees of the Magen David congregation in lower Manhattan. The synagogue was founded in 2001 to serve students and young professionals, initially from the Union Square area. It is a young community and the majority, according to Dweck, are not immigrants. “I don’t think our community here in downtown has so many of those connections to the Middle East other than cultural things we’ve taken away. We are immigrants, we are Jewish, we left probably because they were problems over there,“ said Dweck, the grandson of immigrants from Syria.

At the same time Dweck speaks of efforts to bring artifacts from countries in the Middle East to the Unites States, and that many items have already been collected. The next step, Dweck said, is a museum that will open in the near future. 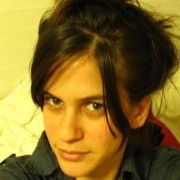 Story of an App: Does American Industry Need a Visa for Foreign Innovators?