Henderson Clarke was only ten years old when his mother Eunice left Barbados for England in 1956. He remembers every detail of that day, the coat-suit his mother wore with a white trim, and the small ferry that took her out to the large passenger ship waiting half a mile offshore.

Without opportunities to provide for her family on the island, Eunice went abroad in search of work. With his mother in England and his father having left for the U.S., Henderson felt abandoned.

Eunice never returned to Barbados. After working in a clothes factory in England for some 16 years she eventually immigrated to New York City.

After fifty years of separation it was through Henderson’s daughter Erica, who had also moved to the U.S., that the family began to rebuild its ruptured bonds.

“I feel like each time I leave my grandmother Eunice I learn something new,” said Erica. “I feel incredibly blessed to have this time with her. Through getting to know her, I’m finding I’m also getting to know more about myself.”

Producer Nathan Yardy tells us this bittersweet story of how two women from Barbados, but from very different generations, found each other in New York City. Through strength, forgiveness and tenacity, Erica and Eunice have helped heal the wounds the family experienced through migration and decades of separation.

Listen to our recent podcast, My Hijab, My Body – The Journey of a Tattooed Yemeni Feminist 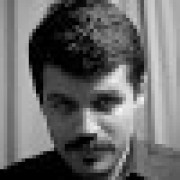 Nathan Yardy is a documentary filmmaker and writer, and works as the Digital Content Manager at the Stone Barns Center for Food and Agriculture. He has an M.A. in International Affairs, with a Media and Culture concentration, from The New School.