Listen to the story

Michelle Chen with her Mother and Grandmother outside the store in the mid 1980s.

When my father Ming Yi Chen opened a Chinese department store in New York City in 1971, China was behind the Iron Curtain and soy sauce and chopsticks were still exotic to Americans. There were no real diplomatic or commercial relations between China and the U.S., but there was a lot of curiosity.

Chen, then a young Chinatown community activist with a doctorate in chemistry, stepped away from science to open Pearl River Mart. It was a resource for Chinese immigrants hungry for goods from home as well as a gesture of friendship toward Americans looking for unusual treasures.

“We didn’t get much stuff,” Chen recalls, “Some from Canada, or some from Hong Kong…On our first day, Sept 1st, I remember – almost on the same day, all the shelves were empty. They were so excited about it. We didn’t put any advertisement, but it seemed like the whole city knew right away!”

As time went on and diplomatic relations between the U.S and China thawed, the store expanded and thrived—it became a New York City institution. But Pearl River Mart wasn’t just any store. For decades it was a one-stop shop for all manner of Chinese kitsch, from silk slippers to bamboo bird cages, samurai swords to ginseng tonic, along with an assortment of nostalgic Maoist socialist-realist propaganda and lucky buddhas. It brought China closer to Chinatown, and brought Chinatown to the rest of America.

As the daughter of Ming Yi Chen and his wife, Ching Yeh Chen, I grew up in the store’s adolescence, watching it blossom into a giant Asian bazaar that attracted visitors from around the world. Celebrities from Isaac Mizrahi to Sarah Jessica Parker sang its praises.

Eventually the family business fell victim to soaring rents as well as competition brought on by the growing availability of Chinese goods.  In this podcast I document my family’s struggle to save the business, and in the process I explore the evolutionary history of Manhattan’s Chinatown and the next generation of Chinese Americans like myself.

Chinatown Art Brigade and W.O.W. Project contributed to the creation of this podcast. 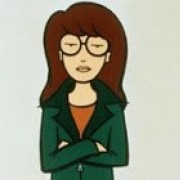 Michelle Chen is a contributing writer for The Nation and In These Times and contributing editor at Dissent Magazine. She is also co-producer of Dissent's “Belabored” podcast and WBAI's “Asia Pacific Forum”, and a student of history at the City University of New York Graduate Center.