Podcast: The Complex Relationship Between Immigrant Blacks and African Americans on College Campuses

Listen to the Podcast:

Who are we as a people? Who am I? Haitian. American. Haitian-American. First generation Haitian-American. The diverse pieces of which I am composed constantly lead me to wonder about the effects of being a descendant of the Haitian people. How does my culture and heritage affect my reality?

Having gone through the higher education system, I wanted to know, how does familial and cultural history affect racial relationships between different black groups?

President Barack Obama,  whose father was from Kenya, was immediately called an “affirmative action president” and the “poster child” for affirmative action. In this story, I set out to find whether immigrant blacks are benefiting disproportionally from affirmative action programs and scholarships that were set up to reduce racial disparities between whites and African-Americans. If so, what are the consequences?

In March of this year, Harvard announced that over eleven and a half percent of its admitted class is African-American. But how many fit into the traditional definition of “African-American,” referring to the descendants of American slaves?

As an undergraduate attending college under an economically directed affirmative action program, my personal experience was that the majority of beneficiaries of the scholarship were not African-American, rather, they were immigrant blacks.

That experience was reflected in a study conducted by Pamela R. Bennett of Johns Hopkins University and Amy Lutz of Syracuse University, which found that African-Americans are enrolled at selective colleges at a rate of 2.4 percent compared to 9.2 percent for immigrant blacks.

“Things such as affirmative action were designed to redress the history of African-American inequality. But that emphasis on African-American shifted certainly by the late 60s and early 1970s whereby affirmative action in many respects represented diversity and the label diversity was used to incorporate black immigrants from the Caribbean and Africa,” explained Hunter College, professor of Africana studies Anthony Brown.

The discrepancies are not only found in selective institutions, but at colleges and universities across the country. An Economic Policy Institute brief released earlier this year found that a little more than sixteen percent of U.S born blacks in the 25-years-and-older population attain a bachelor’s degree or higher.

What happens when the different black groups meet on college campuses? Is there contention or cooperation?

The response of Onleilove Alstin, an African-American who recently graduated from Columbia University’s School of Social Work, echoed ideas I had encountered as a college student. “I think some underlying tensions exist,” Alstin said.  “If you go on your average campus it may seem that the black students are very united and for the most part they are.  But some tensions arise between the groups when people who are of African descent try to stereotype African-Americans based on what the dominant culture thinks.”

Alstin said those negative stereotypes include beliefs that African-Americans are lazy and unproductive, and do not value education. In response, immigrant blacks often try to distance themselves from these stereotypes. But Alstin points out that there’s a common struggle of being a person of African descent in a majority non-black country. Blacks in America , no matter their heritage, still face systematic racism, poverty and violence.

Professor Brown has found that over time, as immigrant black students mix with African American students on campus a new community often builds. “My students are very candid and they talk about narratives that were told to them by their parents. Well, you often hear, ‘My parents said this about African-Americans, stay away from them,’ all the pejorative stereotypes,” Brown told me.  “The opportunity to socialize with native born African-Americans in a competitive environment as peers helps to mitigate and demystify many of those stereotypes.”

Aneicka Bookal, who immigrated to the U.S. from Jamaica and attended university in Michigan has a different perspective. “Regardless of the minority status that African-Americans hold in this country due to years of racial, socioeconomic, and political oppression in this country, there is a completely different barrier that you have to cross as an immigrant. As a consequence, the sense of unity and community that you would feel with someone who shares your racial background is completely different,”  she said.

Martha St. Jean is a Feet in Two Worlds education reporting fellow.  Her work, and the work of other Fi2W fellows, is supported by the New York Community Trust and the John S. and James L. Knight Foundation with additional support from the Mertz Gilmore Foundation. 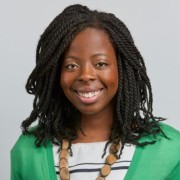 Martha St Jean is a New Yorker through and through. She currently freelances for a large news network, where she works in the producing of documentaries. She received her masters from Columbia University's Graduate School of Journalism. Before that she attended New York University, attaining a BS in Culture and Communication studies. She loves teaching high school students the art of writing and encouraging them in their noble pursuits. She loves a good book, coffee, and the Metropolitan Museum of Art.

Should Immigrant Kids Whose Second Language is English Have Extra Time to Finish High School?