New York’s restaurant industry is thriving. In 2013 it is expected to generate $33.6 billion in revenue—an all time high. But while celebrity chefs and big-time restaurateurs are making more money than ever, many of their workers are fighting to survive on poverty-level wages.

Julia Hettich talks to Fi2W’s Aswini Anburajan about the conditions faced by restaurant workers (many of whom are immigrants) and what’s being done to improve the situation.

Listen to the Podcast here:

For years, the Restaurant Opportunity Center of New York (ROC-NY) has been fighting for the rights of restaurant workers. The organization’s coordinator Tatiana Bejar shares the startling details of how immigrant workers are especially suffering under low wages and poor working conditions.  She talks about the relatively small number of New York City restaurants that have agreed to become High Road restaurants, meaning they guarantee higher wages and other worker benefits.

Former restaurant manager Farrah discusses what is happening at the high-profile restaurants she has worked at and explains why she believes industry standards for working conditions have to be established.

Both women believe there is the potential for a fairer future in the restaurant industry and offer advice on what restaurants, and diners, can do to improve the situation. 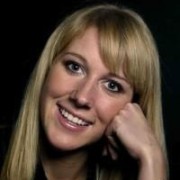 After working at German Cosmopolitan and InStyle magazines in both Munich and New York, Julia became PR manager at one of Munich's leading event agencies, where she edited the company's online lifestyle magazine. For her master's degree she moved back to New York City. She will graduate in May.

On the Radio: Syrian Doctor in Brooklyn Wants to Return Home, But is Forced to Wait