Americans are split on what to do about illegal immigration. For the U.S. private prison industry, deportation is not the solution, but detaining people is.

Brooklyn-based, 29 year-old, Miguel McDaniel Jr. saw his own family struggle with the for-profit prison system when his father was placed in an immigration detention center in Washington State. After neighbors overheard a domestic dispute coming from his family’s home, the police were called and Miguel Senior was taken to a police station. Once there, glitches with his immigration papers landed him in a privately owned prison for six months. Originally from Cuba, Miguel Senior has lived in the U.S. for over 30 years and has four American-born children, including Miguel Jr.

Private prisons are booming and much of their success can be attributed to profitable contracts with states and the federal government. At Corrections Corporation of America (CCA) – the largest private prison company in the U.S. – revenue reached $1.67 billion dollars in 2010, up $49 million from 2009. Of CCA’s total revenue, 43 percent came from the federal government, 12 percent exclusively from contracts with ICE. The value of the ICE contracts was roughly $200.4 million.

Each immigrant detainee costs ICE and U.S. taxpayers roughly $164 per night, and this number increases each year.

“The market is limitless… solve the prison problem and make a lot of money at the same time,” said the founder of CCA, Tom Beasley.

In the 1980s, Beasley, former chairman of the Tennessee Republican Party, realized that state prisons were overcrowded and costing taxpayers too much money. His solution: privatize the system. Beasley helped bring big businesses, politics, and DC lobbyists to the forefront of immigration policy.

According to Detention Watch Network, CCA spent $18 million dollars between 1999 and 2009 to lobby Congress and The Department of Homeland Security, ICE’s parent agency. CCA representatives were present during the drafting of Arizona’s state law SB 1070, making it easier for police to stop individuals suspected of being undocumented. For the private prison industry, more detainees mean greater profits. Not only are private prisons building more prisons and adding more beds, in some cases, contracts with state governments require that a minimum of 90 percent of beds be occupied at all times.

The Northwest Tacoma Detention Center, where Miguel’s father was held, also known as COCO, is owned by The GEO Group Inc., the second largest prison company in the U.S. Situated next to a toxic sludge field, it has nearly 1,600 beds and is one of the largest immigration detention centers in the country. The facility is designed for short-term stays, but on average immigrant detainees remain there 35-60 days, and a report by the Seattle University School of Law found people being detained there for up to four years.

Miguel Senior’s stay exceeded the average length, even though all charges against him were immediately dropped. He was held waiting for his papers to be verified– eventually proving he is a legal resident. He came to the U.S. under the Cuban Refugee Adjustment Act wave of 1966 – later known as the Wet Feet, Dry Feet policy – giving Cubans legal residency after one year of living in the country. In the six months he was detained, Miguel, a manager of a palette manufacturing company, lost his job and was unable to financially support or care for his kids. In order to get by, his wife, a nurse, had to depend on her parents and extended family to help look after their small children while she continued working.

Private prison companies like GEO and CCA are profiting from what many say is a dysfunctional system.  For most Americans, prisons are for criminals. But under U.S. law, being undocumented is a civil violation, not a criminal act. Immigrant detainees who choose to fight to stay in the U.S. often remain locked up for extended amounts of time without the due process afforded to U.S. citizens. The other option, deportation, risks permanent separation from their family. In the meantime, detained immigrants are exposed to long-term physical and mental distress and risk an inability to assimilate into society once released.

Before his father was detained, Miguel Jr. never wondered about his father’s immigration status. He feels that private prisons don’t consider the impact of detention on families.

“My dad still has two small children at home, how did holding him for so long protect the US?” he asks.  “It didn’t.” 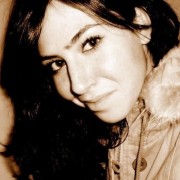 Marcela received an M.A. from The New School in International Affairs with a media focus and a B.A. in Political Science from Western Washington University. She has worked on various media campaigns and online publications for UNDP Gender Team, Planned Parenthood Votes! Northwest, The Council on Hemispheric Affairs, and Wetpaint, Inc. Her thesis - a documentary film called "Unlocking Pacification" - was developed for UN-HABITAT Brazil.

Podcast: How To Wear Your Hair? A Potent Question For African & Caribbean Immigrant Women