A group of young Korean, Chinese and South Asian professionals gathered at a cozy Manhattan restaurant recently, gossiping about the scandal.

“Did Liu come under increased scrutiny because of perceptions of foreign money? Will there be heightened suspicion of untoward behavior by other Asian American candidates or of Asian money in American politics? These topics are on the mind of every Asian American,” said Bright Limm, President of Korean Americans for Political Advancement.  “A lot of questions need to be answered but they have not appeared in the media yet.”

Limm’s group aims to maximize the political influence of the Korean American community. Last year, they mobilized a large turnout of Korean voters in State Senate District 11, contributing to the victory of State Senator Tony Avella.

John Liu is in hot water. The scandal began in October with a New York Times investigation which found a number of people Liu listed as donors denying they gave him money. Shortly thereafter, Liu’s fundraiser Xing Wu “Oliver” Pan was arrested and charged with conspiring to arrange a $16,000 political contribution to Liu under the cover of straw donors. Now the FBI and Manhattan federal prosecutors are investigating whether foreign money flowed into Mr. Liu’s 2009 campaign. The Foreign Agents Registration Act prohibits campaign contributions by foreign nationals.

Behind the curtain, Liu’s damaged reputation has led to lengthy discussions in New York’s Chinese and Korean communities. Progressive groups, journalists and people in political circles are constantly exchanging emails and opinions. The most pressing question is, “Can John Liu still run for mayor?”

Some believe the scandal has damaged Liu’s ability to raise campaign funds, others think his supporters will remain steadfast, even if they become less vocal in their support.

Liu, the first Asian American to be elected to city-wide office was widely seen as poised to make history again by being elected the city’s first Asian mayor.  Liu has not formally announced his candidacy, just calling it “2013 fundraising.”  But one person close to Liu who preferred to remain anonymous, said if Liu stops right now, there is no other plausible Asian American candidate for mayor, at least in 2013.

John Liu gets a hug from a longtime supporter and friend at a recent fundraiser. (Photo: Stella Chan)

The past decade saw a dramatic increase New York’s Asian population. Asians now make up about 13 percent of the city’s population, with over one million Asians counted in the 2010 Census.  The community’s fundraising ability has also grown. Chinese Americans and Koreans account for a large part of John Liu’s Asian donors.

A new group, the Asian American Civic Alliance was announced last Friday to promote Asian American political participation and empowerment during the election season. The group will focus on voter registration and voter education. While the coalition will not directly express its opinion on the investigation, it is planning to set up a legal referral hotline for Asian Americans who have been contacted by the F.B.I. regarding their donations to Liu.

A person familiar with Liu and his relationship with the Chinese community, who also preferred to remain anonymous, told this reporter that John Liu’s campaign team is still confident it can attract donations from the Chinese community, and is eager to continue fundraising after the FBI completes its investigation. “Their strategy is get money from Chinese, votes from African Americans, votes from Latinos.”

Holding onto the hope of sending an Asian American candidate into higher office, supporters of John Liu are trying to fight the scandal and continue to solicit funds.  A press conference in Liu’s support was hosted by several Chinese American leaders last month, and a Korean group, “Supporters for John Liu” recently held a fundraising event in Flushing. It was the first Korean fundraising event since the FBI started going after Korean donors to the comptroller, according to Danny Shin, senior reporter of The Korea Daily.

Liu’s recent birthday celebration was well attended by the mainstream political establishment.  It was the first fundraiser since he decided to accept donations of the maximum amount allowed, $4,950, in the wake of his fundraising scandal. Previously, Liu had refused to accept more than $800 from donors, which he said reflected the lucky number 8 in Chinese culture, and also gave him bragging rights about his vast number of supporters.

But a Liu campaign event on December 19 was called off.  The event’s sponsor was the Lin Sing Association, a 111-year-old Chinatown advocacy group. The group’s senior adviser Eddie Chiu said, “The FBI investigation shocked the Chinese community, the Chinese are very sensitive to it.”

Chiu maintains the scandal has had a chilling effect on donations—which may be reflected in Liu’s decision to raise his money cap. After the FBI visited the Chinese Consolidated Benevolent Association, which was the first fraternal group in Chinatown, Chiu received calls from many of Liu’s supporters. They were nervous about dealing with the FBI and said they wouldn’t attend the fundraiser.

Some young Asian American professionals suspect that the new immigrant political force is sparking a conflict with the political establishment, and this is why Liu was targeted. A few have asked if  Liu was singled out due to racism.

John Park, a member of KAPA’s Steering Committee, suggested that if John Liu was not a person of color, his legal difficultires might not have aroused the same attention. “Obama is still being questioned on his identity–if he is foreign born or is a Muslim. However, not one question about Mitt Romney. Does a foreign face equal foreign money?” he asked rhetorically.

There’s also concern that if Asian Americans become nervous about making political contributions, it could affect other Asians who want to run for higher office such as Assemblywoman Grace Meng, and City Councilors Peter Koo and Margaret Chin. Corky Lee, a well-known Chinese American photographer, said the investigation will slow down the money flow in general, and without money, candidates cannot move ahead.

Asian Americans have traditionally lagged in voter registration. But many more voted in 2009, and they were expected to turn out for John Liu. Whatever the future of Liu’s political career, there’s no question that his presence on the New York scene invigorated a new generation of Asian American political activists and civic leaders. Back at that Manhattan restaurant, in spite of worries about Liu, there was a note of optimism at the table. “We should conserve our energy for political advancement,” said Limm.

John Liu himself emphasized the importance of the Asian American community’s support at his recent fundraising dinner, where he said there will be tremendous opportunities for the community and for him as a candidate in 2013. When asked if the FBI investigation has changed his relationship with Asian voters and campaign contributors, he simply replied, “at the end of the day, nothing is going to stop or slow us down.”

Stella Chan is a reporter for Sing Tao Daily and a Feet in Two Worlds reporting fellow.

Feet in Two Worlds, a project of the Center for New York City Affairs at The New School, is supported by the New York Community Trust and the John S. and James L. Knight Foundation. 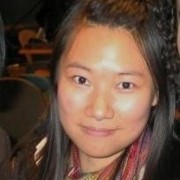 Stella Chan is a reporter for Sing Tao Daily New York, covering politics, immigration and law enforcement issues. Upon receiving her B.S.Sc from Hong Kong Baptist University’s School of Journalism, she worked for several media outlets in Hong Kong before moving to New York in 2008. Her recent publications include a translation of work by Leo. F. Goodstadt in the most recent edition of “Uneasy Partners: The Conflict Between Public Interest and Private Profit in Hong Kong.”

De Leon: Many Immigrants Yearn to Contribute to Political Campaigns

De Leon: Romney is Out of Touch With Voters on Immigration