“The reason for this letter is to let you know what is happening at this Immigration detention center,” a man identified as J.E.R. wrote in a letter to a central Virginia Spanish-language newspaper, referring to the Piedmont Regional Jail in Farmville, Va. He then described how a German immigrant held at the facility died for lack of medical attention. 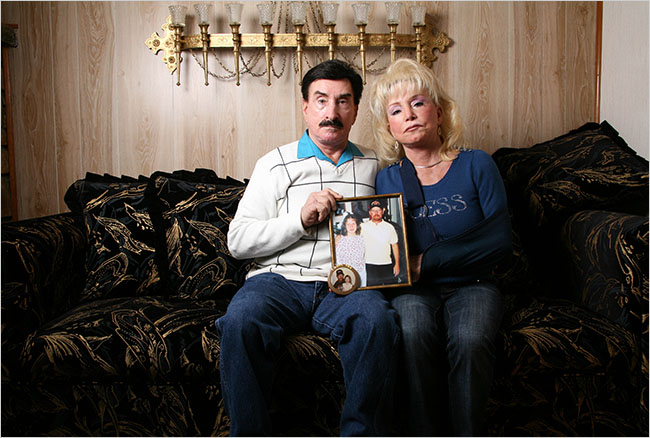 “He was never given attention for the strong pain that afflicted him,” J.E.R. wrote. “One morning, he got up asking for assistance, he was knocking on the door seeking help and the jail guards threw him on the floor and dragged him to a corridor and then to a cell called ‘the hole,’ where the person is isolated from the rest and cannot use the phone.”

From ‘the hole,’ he asked for help and he died a day after Thanksgiving. (Jail officials) say he died of natural causes, but those of us who were there know that he died because of negligence.

The narration fits what the family of Guido R. Newbrough told The New York Times about the death of the German-born man, who spent 42 of his 48 years in the United States and apparently did not know he was not an American citizen.

The Times said Newbrough died of a bacterial infection that severely affected his heart. His condition was apparently ignored by guards, despite his pleas for attention in the days before his death.

This is not just the first death of a detainee at an immigration detention center, but also it is the second at this particular jail.

Abdoulai Sall, from Guinea, died there of kidney failure in December 2006. An internal Immigration and Customs Enforcement report obtained recently by the American Civil Liberties Union said the jail “has failed on multiple levels to perform basic supervision and provide for the safety and welfare of ICE detainees (…) The medical health care unit does not meet minimum ICE standards.”

Last month, Chinese computer engineer Hiu Lui Ng died after being denied proper care for cancer and a fractured spine at a Rhode Island detention facility, and being “dragged from his cell to a van as he screamed in pain six days before his death,” The Times said.

The People United, a grassroots group in Virginia which has opposed the detention center in Farmville, issued a press release after the Times story on Newbrough’s death was published, saying some detainees had contacted group member Jeff Winder “for help in getting the truth out.”

“They were outraged when they saw the statement from ICE in the local newspaper” regarding Newbrough’s cause of death, Winder said. “They are afraid of repercussions by ICE or by the jail guards because they are speaking out, but were so moved by Guido Newborough’s death that they felt compelled to take the risk and expose the conditions that exist in Piedmont.”

The detainees, according to the group, “maintain that (Newbrough) never received (…) attention, but was instead knocked to the floor by guards and dragged on his back to the isolation unit where he remained until he suffered the massive heart attack and stroke that led to his death.”

Use this button to share or send this story by email.