Story of an App: Does American Industry Need a Visa for Foreign Innovators?

Knowing what’s happening around you at this very instant, that’s the idea of the app developed by Ben Broca. Ben is a French entrepreneur in his mid-twenties who developed his smart phone application called “Now” in barely two months. That’s how he likes to work, he said in an interview on French television. “I always had this way of thinking, developing things quickly, trying out new ideas pretty fast.”

While working as a banker at Barclay’s in New York, Ben started developing the app as a side project. His idea was to use Instagram’s feed of pictures and organize them into events that are happening at any given moment. Very quickly his app got some attention, and he decided to invest more in the project: capital, people, and time to develop the app into a profitable company.

Ben applied for an E2 visa, an investor visa available to citizens of a few dozen countries linked to the U.S. by a commercial treaty. Ben had to give proof of the existence of his company, his investment, and that the whole thing was operational. “Obviously it’s a pain, you have to carry up a ton of things to show that you’re motivated, but retrospectively the application was not that hard to put together.” The secret to the whole process – “good lawyers, and money.”

It took five months from the moment Ben launched his app on the Apple Store, in July 2012, to when he finally received his visa.

Ben was lucky that he had a great support system to help him navigate the process: family and friends back home, a community of French entrepreneurs in the U.S., as well as former colleagues, and most importantly, as he said, good lawyers. He also had the opportunity to create and set up his company in the U.S. before starting the steps toward the visa application, an advantage that tech entrepreneurs often lack.

Most immigrant entrepreneurs in the STEM (Science, Technology, Engineering and Math) industries are students or H1-B workers (highly skilled workers sponsored by a company), and to develop an entire project before getting their visa is often complicated and demanding. They often have to postpone their dreams and projects in an industry where if you don’t develop your idea now, someone else will in the next two months.

The application process for a visa of the type that Ben obtained is an obstacle that to many seems insurmountable. Scottish entrepreneur Scott Allison, a contributor to Forbes, explained in an AP piece, “the immigration process shouldn’t be something we have to worry about, but we do have to worry about it. I don’t know where my home is.”

Calls for an increase in visas that help companies and entrepreneurs are at the center of the immigration debate in Congress. The current immigration system puts a priority on reuniting families. But tech industry advocates support a merit-based system that favors immigrants with qualifications including advanced degrees, work experience and proficiency in English. Critics of the proposal say it would make it easier for an engineer from India with work experience and English proficiency to get a green card, while the family-member of a naturalized citizen who doesn’t speak English might have to wait longer for legal permission to live in the U.S.

But there are other issues as well that point to the difficulty of defining such an entrepreneur-friendly visa: how can immigration officials determine which companies have a good business model and which are frauds? And many argue that visas already exist for people who have strong projects, like the E1 and E2 (only offered to a few dozen countries that have a commercial treaty with the US. India and mainland China are not included.), and the O1 reserved for “exceptional people.”

Tech industry leaders, as well as government officials including New York City Mayor Michael Bloomberg are hoping to put pressure on Congress by making the case for why immigrants are essential to a growing economy. They want to show how immigrant workers in the STEM fields are beneficial for the whole U.S. economy, as employees as well as entrepreneurs. One immigrant STEM worker creates an additional 2.62 US jobs, and according to a study by the Kauffman Foundation, after ten years “startup visa” companies will have created 1.6 million new jobs.

Recognizing the difficulties in establishing a visa, Vivek Wadhwa nevertheless sounds the alarm. In his book The Immigrant Exodus Wadhwa warns that, “what had been a fast-rising tide of immigrant-led startups in the United States has slowed and reversed to an immigrant exodus.” Wadhwa, a naturalized U.S. citizen originally from India, is an immigrant entrepreneur himself and works on innovation and entrepreneurship issues at Singularity University, a non-profit learning institution.

He warns against a restrictive U.S. immigration policy in a global competitive economy, where countries like Singapore or Chile have successfully set up programs to draw innovators in, and Canada and France have recently made public their projects for establishing a startup visa. According to Wadwha, none of these countries are close to challenging the innovative power of the U.S., and “even though the tide is turning, there are still millions of innovators all over the world who would come to the United States if we let them”. 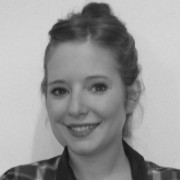 Tatiana Galzy is a graduate student in Media Studies at the New School. Tatiana recently graduated from ESCP Europe Master in Management with a specialization in marketing. After working in marketing at a TV network, she decided to focus on content creation.