Honduran Immigrants in the U.S. Follow News About Coup Back Home… And Many Support It 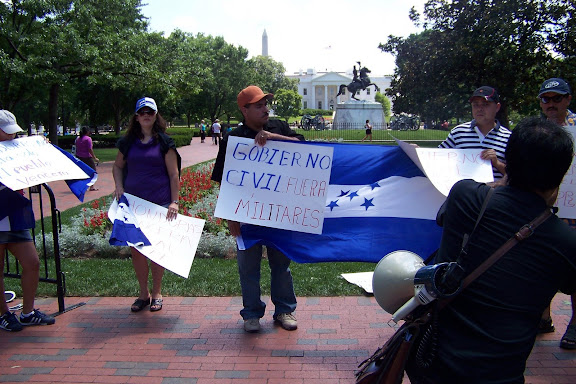 Hondurans in the United States are intensely following the events in their home country, after the military on Sunday rushed President Manuel Zelaya out of bed and sent him into exile in Costa Rica.

But not every talk-show caller nor every demonstrator in American cities is asking for the swift return of the democratically-elected president. Many Hondurans in the U.S. support the coup and the government that took power in Tegucigalpa, despite unanimous condemnation from the international community — including President Barack Obama.

“I think it’s a good thing that they took him away, because he would have won the election on Sunday, and he would have been in office another four years,” restaurant owner Marlen Nunez told WDSU in New Orleans, where there is a big Honduran community. She was referring to Zelaya’s botched attempt to conduct a non-binding national referendum asking voters if they wanted to change the constitution to allow him to run for a second term.

“Constitutionally, a president shouldn’t be in office more than four years … that’s not a democracy,” Nunez said.