Esther’s Blog post the day she came out as “undocumented” after receiving DACA in 2012; photo: Dylan Chadwick

Earlier this year immigrant rights activists celebrated the four-year anniversary of Deferred Action for Childhood Arrivals (DACA), also known as the DREAMers initiative. Created through an Executive Order signed by President Obama in 2012, DACA has been granted to more than 728,000 undocumented young immigrants, providing them with temporary relief from deportation and a variety of benefits in a number of individual states.

However, the fate of further relief for undocumented immigrants is uncertain following a 4-4 tie in the U.S. Supreme Court over DAPA. The Obama Administration’s expanded plan would have covered up to 5-million undocumented parents of immigrant children who are U.S. citizens or have legal residency.

In our latest Dream City podcast Shiva Bayat speaks with Esther, a young woman who as a teenager was forced to confront life as an undocumented immigrant. In addition to dealing with her immigration status, Esther also has had to deal with racial and cultural stereotypes as she found her place in the immigrant rights movement.

Listen to other podcasts in the Dream City series including Shiva Bayat’s first Dream City Podcast, In a Cairo State of Mind. 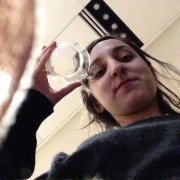 A multimedia-maker and researcher living in New York City, Shiva is interested in the intersection of Arab & Muslim communities and popular culture.

“Crisis in the Quality of Childcare” for Low-Income Communities

My Body Remembers What Happened - the Dream City Podcast, Episode 6