Video: Here, I Am the Real Me

At age 17 Gregorio Uribe left his home in Bogotá, Colombia to pursue his dream of being a musician. Today, he’s the director of his own 16-piece big band in New York City, the Gregorio Uribe Big Band, and a successful performer and recording artist who blends Afro-Colombian rhythms with American jazz, funk, and soul.

Uribe has performed across Latin American and the U.S. on both stage and as a street musician. But he says he became his true self in New York City and has realized his American Dream. 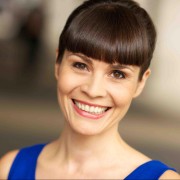 Podcast: The Road Not Taken – Millions of Immigrants Could Apply for Citizenship, But Haven’t

The DREAM Movement’s New Agenda: Five Young Immigrants Tell Us Why They’ve Moved Beyond Seeking a Pathway to Citizenship