The photograph of a policeman in the New York Post holding two swords and a cricket bat was surreal: the swords springing like shears from one unseen hand, a cricket bat in another, held casually as if they were objects bought at a yard sale or he was a batsman walking dejected to the pavilion, head hung low. They looked innocuous; not the deadly weapons they have been used as, to scythe and hack, maul and kill.

But to anybody from South Asia who saw the photograph that appeared on April 25th, the implications were clear, helped by a psyche shaped by Bollywood gangster noir films where the popular weapons of choice are swords, knives, iron rods, cricket bats and hockey sticks, not guns.

Police said that three people were reported injured in the fight. The headline made it all too apparent: Violent clash at Queens Sikh temple. The subheading substantiating it: Sword-wielding Sikhs attack praying rivals.

Wearing the sword, called a kirpan is one of five articles of religious faith for the Sikh community.  The clash between two groups of Sikh worshippers at a gurudwara (a place of worship for Sikhs) in Richmond Hills, Queens, last week, where policemen confiscated several swords and cricket bats, and where several people were injured, was shocking and confounding to many. But there are plenty of past precedents for such heated fights, especially in Canada, where almost to the day a year ago a violent struggle broke out between two factions in a gurudwara in Brampton.

Machetes, knives and swords were used at that fight; several people were seriously injured. The reasons then and now are identical: tensions boiling over control of the management of the gurudwara.

For the Sikh community though, violence in a gurudwara is like a scarlet letter; a shameful, dreadful, scary evocation of the horrors of the past.

It stokes afresh the memories of Operation Blue Star, four days of warfare in June 1984 by the Indian military to root out radical militants hiding at the Sikhs’ Mecca of worship, the Golden Temple in Amritsar.

Official accounts say hundreds perished, the unofficial count was in the thousands, including civilians, army officers and militants. Tanks and heavy artillery were used by the Army.  Weapons confiscated from the premises included bombs and Ak-47 machine guns. In those four days, the swords kept inside the Golden Temple by the militants became puny objects, rendered useless, except perhaps to commit hara-kiri.

But four months later that year, after then-Prime Minister Mrs. Indira Gandhi was assassinated by her two Sikh bodyguards on October 31st, the gurudwara became the target of infuriated mobs.

On November 1, 1984, I witnessed one of those riots, shameless looting and pillaging. I’m writing about it for the first time. The memory of that incident is indelible. Over the years I have rationalized the incident like a pointillist would do, tracing it from one point to the other, trying to maintain a pattern. But often I try to fill the blank space between the spots with my own imagination.

I was a teen then, living with my parents in Mayur Vihar in East Delhi, close to Trilokpuri, where one of the worst massacres of Sikhs took place. I had rushed out from home when I saw people running in the streets below our apartment. There was smoke billowing into the sky from a nearby gurudwara on the outskirts of the neighborhood, bordering Trilokpuri, known for its slum clusters.

Groups of men everywhere on the streets in Mayur Vihar. They walked about with a strange combination of animated and glazed eyes. Most looked like strangers, seeming as if they had come from other neighborhoods.

Near the gurudwara, from which thin plumes of smoke rose —like the factories near the River Yamuna a few kilometers away—in a neighborhood that was off bounds to me, I saw a group of men running after a man, his turban undone, the headdress billowing as he ran.

One of the men in the group was holding a burning object held on a stick, perhaps a bicycle tire. The man who was running away, swerved and fell into a ditch at the side of a road. I saw the group of pursuers reach the ditch, looking down. The man with the burning object reached the front of the mob and jumped into the ditch with the mob hollering at his back. That was the last thing I saw before I walked rapidly away with a fear I had never before felt so acutely in my life.

A few days before that incident, a boy at school had taken a large stone and hit a stray dog who had entered the playground at lunchtime. The stone hit the dog square on his front leg. It yelped and buckled to the ground, before limping away howling, one leg in the air, clearly broken. The boy and several others around couldn’t stop laughing.

Somehow those two incidents of cruelty are intertwined for me now, my memory playing them in loops every now and again.

On that first day of November I saw mobs breaking into shops owned by Sikhs, looting and carrying away whatever they could get. One electronics shop was owned by a Sikh family who lived in Mayur Vihar; a couple with small children. I now imagine them at home those four days, their doors locked, fearful of everybody, not opening the door even to their neighbors and friends.

Over the years, as a journalist, I have visited several gurudwaras, in Delhi, Punjab, the Golden Temple in Amritsar, and the one in Richmond Hills, Queens, where the fight broke out last week;

The biggest paradox for me is that despite the presence of many Sikhs who carry kirpans, or swords, inside the premises of the gurudwara, it’s a tranquil place of worship, where people of every faith and color are welcomed and respected, and offered langar, free food, made daily in kitchens there.

Some of the Sikhs in the U.S. have deep resentment towards India, and towards non-Sikhs from India. The clamor for Khalistan, a separate state for Sikhs, which was what led to Operation Blue Star, never died down. It found roots in the U.S., the UK and Canada.

But despite some animosity I have encountered when doing interviews with certain Sikhs, who can barely conceal their disgust for India, I have never encountered any hostility in a gurudwara; only a sense of deep devotion and peace.

I feel bad for the Sikh community, who are generous, warm, and kind hearted people. They have faced enough discrimination and misunderstanding in the United States after the terrorist attacks of 9/11; young Sikhs face continuous harassment, bullying and intimidation in schools for wearing turbans, a religious article of faith.

The last thing the Sikhs need is to turn against their own.

Sujeet Rajan is a Feet in Two Worlds education reporting fellow.  His work, and the work of other Fi2W fellows, is supported by the New York Community Trust and the John S. and James L. Knight Foundation with additional support from the Mertz Gilmore Foundation. 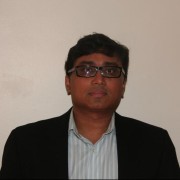 Sujeet Rajan is a former Feet in 2 Worlds contributor. He is editor of the Indian Express North American edition, based in New York, and is the anchor for Eye on South Asia, on Crossings TV. Rajan is author of a collection of poems titled ‘Voices Everywhere,’ and he is currently working on a collection of short stories.