Why I Wanted to Be a Feet in 2 Worlds Fellow

Detroit Diaries chronicles the experiences of Feet in 2 Worlds Food Journalism Fellows at WDET in Detroit.

Ever since I was in third grade I’ve wanted to be a journalist. It just made sense with my love of stories and insatiable curiosity. Of course, there was that time I wanted to be a lawyer (not really, but it sounded good). Then I wanted to become a registered dietitian, but organic chemistry decided for me that nutrition just wasn’t in my future. There are the intermittent fantasies of being a rock star (still).

As a print journalist who graduated from college in the early aughts – practically a lifetime ago in the journalism world, pre-social media and ubiquitous Internet – I never learned how to produce radio stories. I’ve worked mainly as an editor for print publications and websites for most of my career. During the past few years I’ve started writing and focusing on food, specifically at the intersection of social justice, race and gender. I’ve written about the lack of female chefs in the leadership ranks in Metro Detroit restaurants, a culinary arts program in a prison, and an immigrant-led community garden.

As much as I have loved being a journalist, the tumultuous industry made me think it might not be a sustainable option, so I have quit journalism at least twice. But an exciting opportunity would rekindle my passion for the profession. The latest spark has been the Feet in Two Worlds food journalism fellowship program in partnership with WDET.

When I was first accepted, I was a little nervous because other than hosting a silly alternative rock radio show during the graveyard shift in college, and hosting and editing my first podcast last year, I have little audio experience. Like many writers, I began to drown in a stream of self-loathing and doubt. Why am I doing this? I don’t have the skills. How will I juggle this and my full-time job? I can’t even go to the gym more than once a month and keep up with the laundry.

Then while pre-reporting for the first story I am planning to produce, I experienced a moment when I thought to myself: This is why I do this.

My first story is an idea that’s been brewing in my head for more than a year, and I knew exactly who would be the central character: a longtime restaurateur who recently opened a second business. On a recent Friday I headed to the chef’s new restaurant to tell her about my idea and ask if she would be interested in being interviewed.

A smile spread across her face.

“I’ve been thinking about this for a long time. You are the first person to ask me about this. Thank you for doing this story,” she said.

What did she say? Well, you will just have to tune in when my story airs. 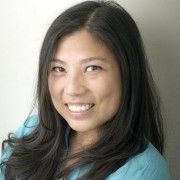 The Fellowship is Empowering Me as an Emerging Food Journalist

Diversity Led Me to Becoming a Bangladeshi American Muslim Journalist